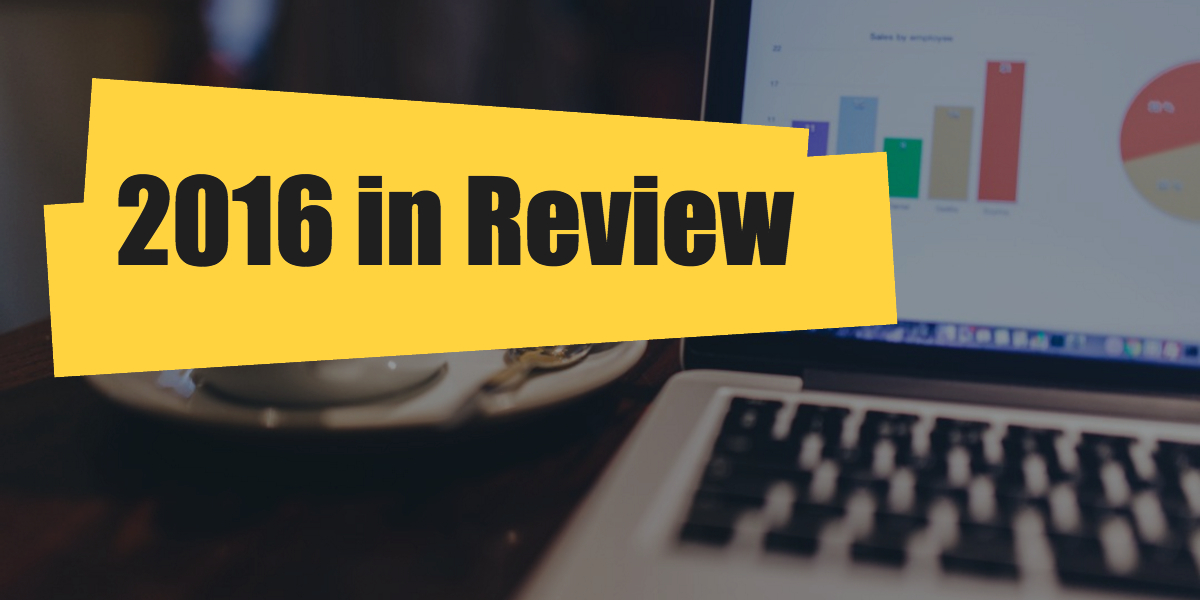 2016 was my first full calendar year working full time on BugMuncher, and what a year it was! Most importantly, I reached profitability in November 2016.

Here’s how some of the vital stats changed over the year:

So as you can see, 2016 was a great year for BugMuncher. As is often the case with me, I hadn’t really looked at these numbers until now, it’s pretty mind blowing to see that my little former side-project brought in over $26,000 in 2016!

I thought it would be interesting to compare 2016 to 2015, although it’s not a fair fight, as for most of 2015 BugMuncher was just a side project, getting very little of my attention and time.

Most of these stats aren’t too surprising, considering I gave BugMuncher a lot more attention in 2016. The ones I find most interesting are conversion and churn:

More than twice as many people who started a free trial in 2016 went on to start a paying subscription than in 2015. Even better less than a third have since cancelled, compared to over half of 2015’s subscriptions.

Churn has always been an issue for BugMuncher, as many customers sign up with a specific and finite time frame in mind, but I’d still really like to get churn below 10%.

2016 was also a year of smashing goals, including: 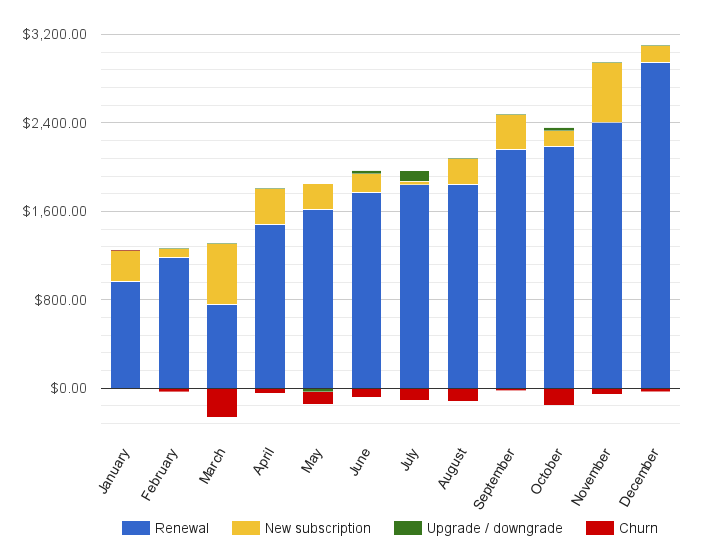 I like seeing BugMuncher’s revenue mapped out like this, especially when compared to the same graph of 2015. You can clearly see a steady upward trend, as well as much less churn.

This graph format also really highlights any peculiarities, such as March, which had a huge amount of churn, but conveniently also had enough new subscriptions to cover the deficit, albeit barely.

Just like 2015, there were very few upgrades or downgrades in 2016. I’d like to tell myself this is because BugMuncher’s pricing plans are so well defined and clearly explained that almost everyone starts on their perfect plan, but the truth is I put very little effort into encouraging upgrades, so that’s something I can work on in 2017. 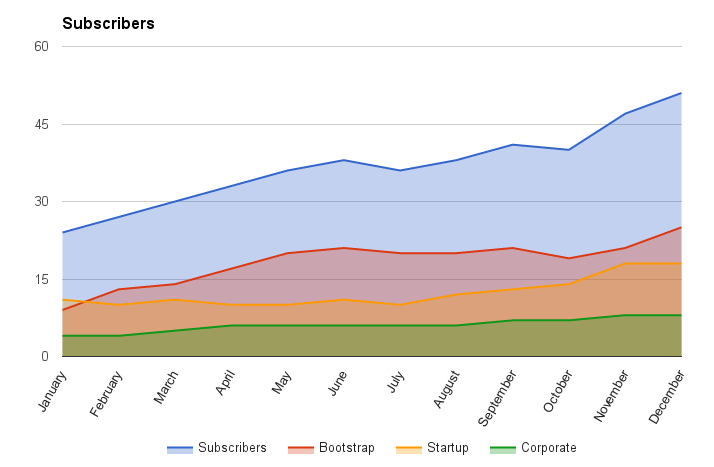 Subscriptions showed a steady growth throughout 2016. Unfortunately the bootstrap plan overtook the startup plan as the most popular early in the year, and stayed that way. Although the startup plan is starting to catch up again.

The corporate plan has shown a very gradual growth, but as the top level plan that’s to be expected.

The number of paying customers actually dropped on two separate months in 2016 (July and October), but revenue still grew in those months.

Unlike revenue and subscriptions, traffic stayed relatively constant, which once again shows I suck at marketing.

The increase in traffic towards the end of 2016 is partly due to an influx of analytics spam. The spam in analytics has been getting harder to manage, to the point where I’ve stopped trying to filter it, and am planning to abandon Google Analytics entirely in favour of something custom.

Frankly, BugMuncher’s signup conversion rate is just all over the place. It seems to have hovered around the 2.2% mark all year, so I added a trend line to make myself feel better, as it shows a slight upward trend. 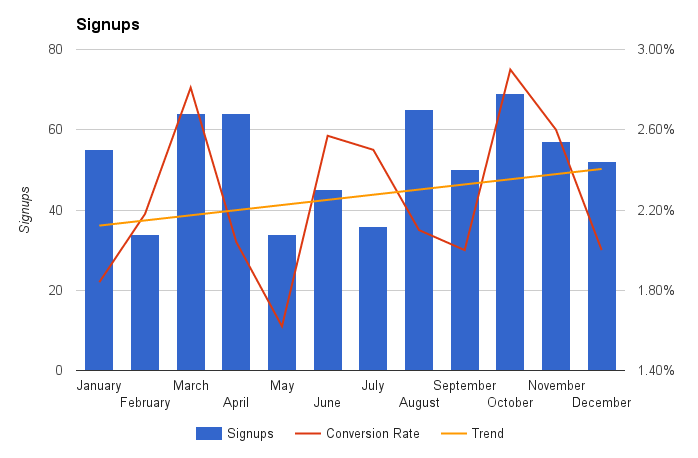 BugMuncher is in a bit of a strange place at the moment. I spent quite a lot of time towards the end of 2016 working on a big update to turn BugMuncher into more of an on page survey / voice of customer tool. Only to shelve that update as it was nearing completion.

As I was starting to think about deploying the update, I began to wonder if it was the best move after all. Things had been going really well, and I didn’t want to ruin a good thing. I also really didn’t want to piss off or alienate any of my existing customers.

A lot of what I do with BugMuncer is akin to throwing shit at the wall to see what sticks, and it’s a methodology in which I firmly believe. However, while that works great for small changes, this update would have been a huge change, a pivot really, and I couldn’t justify pivoting just for the sake of it. The updated code is still saved in a separate branch in Git, so I can pick it up again later, but I doubt I will.

This has left me at a loss with what to do next. So I’ve decided to take a step back from updates and new features for a while. I’ll instead be focussing on bug fixes, and just observing how BugMuncher is being used, and trying to learn from my existing customers.

I’ve also started working with a marketing guy. Regular readers will know that I’ve tried this before, and it’s not worked out. I think the problem was that the previous guys with whom I’ve tried to work knew a lot about marketing, but weren’t ready for quite how little I knew, and how much hand holding I needed. This new marketing guy seems to get this, and has been ploughing ahead with very little interaction required from me, so I’m feeling optimistic.

I’d really like to move BugMuncher payments from Fastspring to Stripe this year, as BugMuncher has grown to the point that Fastspring’s higher fees are starting to outweigh the advantages of them taking care of all the invoicing and VAT shenanigans.

Of course, it wouldn’t be BugMuncher without a revenue goal. Last year the goal was profit, and I achieved that. This year I’d like to be able to earn as much as I did as a freelancer, which will require about $5,000 monthly recurring revenue, so that’s my revenue goal for 2017.