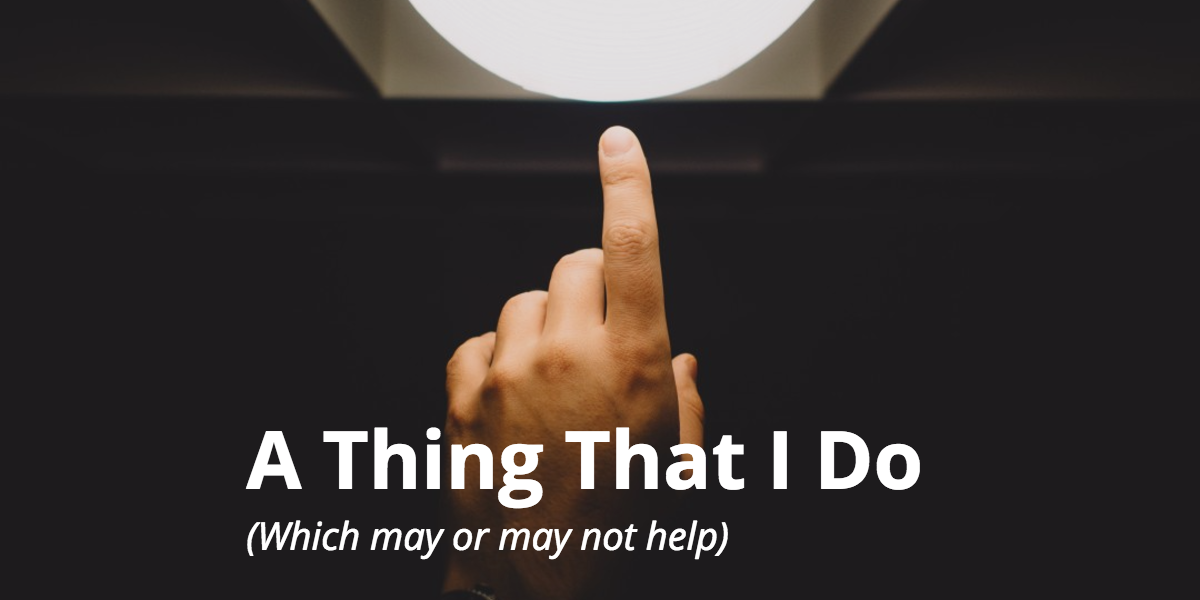 A lot of my blog posts seem to start with some story from my past, and I see no need to buck that trend now - to the time machine!

‘Twas the year 2007, back when I first started freelancing. I would attend a weekly breakfast meeting for local businesses, and while I mostly went for the food, I got some business from it, as well as seeing some good talks. One such talk was given by a the director of a local marketing company. The central thesis of his talk was of the 7 Touches Theory, which states:

It takes at least 7 touches for a prospect to become a qualified lead. A touch can be any kind of contact, eg: meeting in person, an email, phone call, etc.

I’ve no idea how he managed to drag that one sentence out into a whole talk, but drag it out he did, and it must have been effective, as 9 years on I still remember it.

My doing this didn’t actually start out as an (arguably creepy) marketing ploy. I’m just always interested to find out more about the people who sign up for BugMuncher’s free trial. Currently between 1 and 5 people will sign up for BugMuncher’s free trial on any one day. While I’d love that number to be higher, it does afford me the ability to find out a bit more about every one of them.

I’ll start by checking out their website, and then their Twitter account. I find those two things usually give me a really great overview of who they are and what they do.

At some point it occurred to me that following them on Twitter could actually count as a ‘touch’, and could even remind them to give BugMuncher a try if they signed up, but never got around to trying it.

So that’s a thing I do that may or may not help. I suspect it will only be noticed when the customer is an individual or small company, and doesn’t have thousands of followers already, but it can’t do any harm, can it?

What do you think - creepy, pointless or genius? Let me know in the comments :)