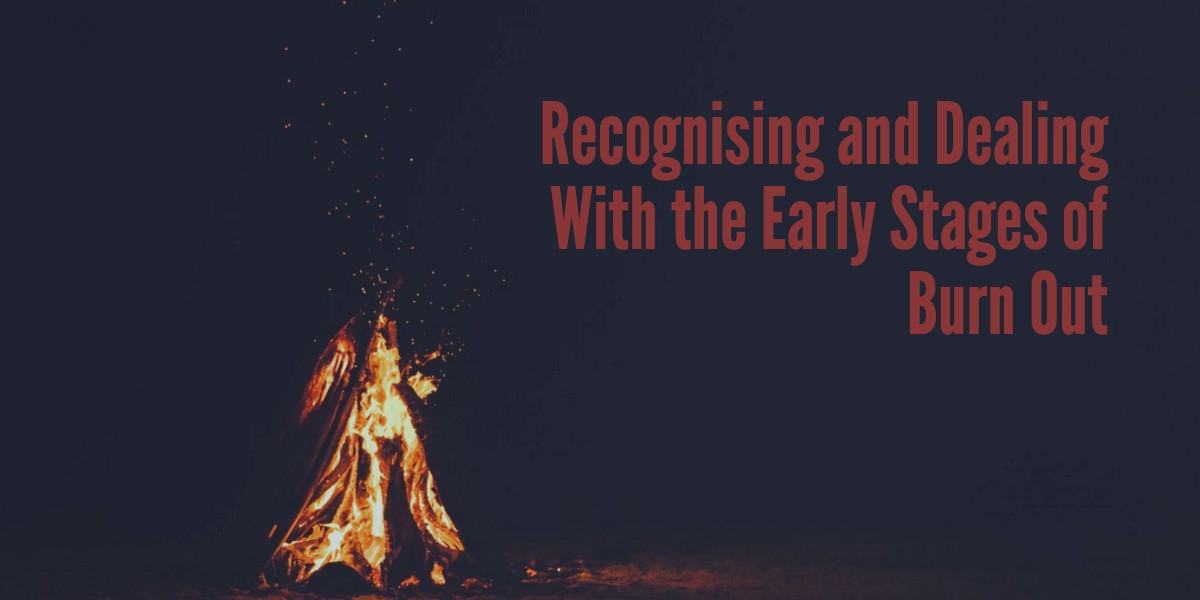 Recognising and Dealing With the Early Stages of Burn Out

I’d read plenty about burn out, as unfortunatley it’s a pretty common occurrence amoung tech start ups. The combination of high stress and long hours seem to be a great recipe for burn out.

In that classically human way, I’d always thought it would never happen to me. Although this wasn’t just denial, I really thought I was safe from ever getting burned out.

I don’t buy into the mentality that you have to work 80+ hour weeks to build a successful business, and as such I maintain a pretty good work/liffe balance. My average work week probably involves only 35 hours of sitting in front of a computer screen. Sure, some weeks I’ll work more if I’m really in the zone, but it’s by choice, I avoid ever feeling like I have to work long hours.

I also consider myself to be a very laid back person, I don’t get stressed out easily. Hence I thought I was safe from ever getting burned out.

And yet, at the end of October 2016, I realised that I was wrong. I was teetering on the edge of burn out, and needed to do something about it. With hindsight it was odd that I didn’t notice sooner, I acheived pretty much nothing throughout the whole of October. I’d spend my days sitting at my desk, staring at my screen, but just unable to sommon the energy to actually do anything.

I would spend hours browsing Reddit and Hacker News, or watching videos on YouTube, in between occasionally typing a few lines of code into Sublime. Productivity was near zero.

And predictably, as October drew to a close, I was telling myself “It’s OK, I’ll put in a full month’s work next month”.

It was at this point it finally dawned on me that something was wrong.

It wasn’t just work, I had very little motivation or energy for anything. I spent most of my non-working hours thorughout October watching TV, Youtube videos, or mindlessly browsing the internet. I don’t think I picked up my guitar once, I barely exercised, and I didn’t get out on my motorcycle - although the weather could be partly to blame for that.

I’ve read other people’s accounts of burn out, and compared to them, what I went through wasn’t too bad. I feel really lucky I realised and acted before it got too bad.

Dealing with burn out

STOP. If you can relate to what I described above then stop. Take some time off, away from work, and away from your computer.

The timing was actually rather convenient, as my fianceé Sophie was changing jobs, and had a week off between finishing one job and starting the next. I decided to take this week off as well, no work, no emails, no thinking about BugMuncher.

We planned a week of activities including swimming, playing squash, going to the zoo, going to the beach, and cycling. And then we topped it all off with a weekend in a nice hotel.

I can honestly say it was one of the best weeks of my life, and by the end of it I was excited to work on BugMuncher again. I think it was really important that so much of what we did that week was active and/or outdoors, as it helped clear my mind of anything work related.

I hope sharing this will help at least one other person recognise and deal with the early stages of burn out.