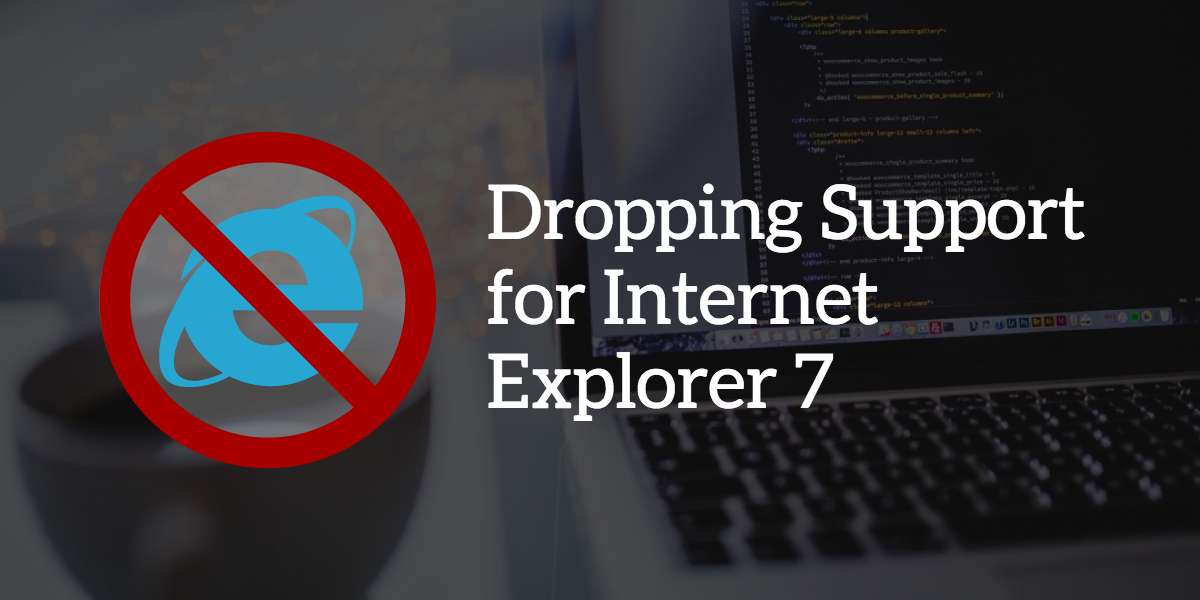 This is a happy and sad moment for me - I’ve decided to drop BugMuncher’s support for Internet Explorer 7. You may be wondering why I’m a little saddened by this, as developing for old versions of Internet Explorer feels like being punished for the sins of past life.

However, supporting Internet Explorer 7 (and to a lesser extent 8 and 9) means every time I update BugMuncher, I then need to spend a good few hours testing in those browsers, and of course fixing the plethora of problems that will undoubtedly reveal themselves.

Every time I’ve had to load up a Windows XP virtual machine to test and fix BugMuncher in Internet Explorer 7 I’ve wondered if it was really worth the trouble, so I decided to investigate the usage statistics. According to Net Market Share Internet Explorer 7 has just 0.33% of the global market share. Even IE6 is more widely used at 0.52%, and BugMuncher has never supported IE6.

Of course global usage stats are a good indicator, but what’s really important is how much BugMuncher is used in IE7. Through out 2015, IE7 has averaged 0.3%, which pretty much matches Net Market Share’s data, and throughout the year usage has steadily declined from 0.58% in January 2015 to 0% in December. Yep, not a single feedback report was created using IE7 in December 2015. Based on this data, I think it’s fairly safe for me to say:

So long Internet Explorer 7, it's been fucking horrible

So from this day, every update to BugMuncher will not be tested in Internet Explorer 7, and I won’t be fixing any issues that only affect IE7. This means I’ll be able to push updates and improvements quicker, now that I don’t have to mess around with IE7.