This is part 42 in my series of blog posts documenting my attempt to take Saber from Side Project to Profitable Startup. If you've not yet read the previous parts, you should definitely start from part 1.

So the last time I posted an income report was August. Shit, that’s a long time. But, a lot has happened since then - I moved house in October, and more importantly, in December I became a father! The arrival of our baby girl is the main reason this blog has been a little neglected.

My wife and I agree that we don’t want our baby to have any kind of Internet presence until she’s old enough to make that decision for herself. So as much as I’m insanely proud of our beautiful baby girl, I won’t be posting any pictures, the date she was born, or even her name. You’ll just have to trust me that she’s the most beautiful thing on this Earth 😁

In that last post I said I was unsure of the future of these posts. I’m still thinking about moving them to a separate blog, which would cover all of my income streams, instead of just Saber, but for now I want to get back into the habit of posting one here every month.

You haven’t really missed much in the last 6 months, as the figures below show. For my own sanity, I’ve decided to simplify the table below, removing the income/expenses/profit, as I think that was only really useful when Saber was running at a loss, as it allowed me to calculate the runway. I will of course make it known if Saber ever stops turning a profit though. I decided to keep profit in, and just simplify the table by removing income and expenses.

As you can see, things haven’t changed all that much. December was a terrible month for signups, but due to the aforementioned new arrival in our family, I didn’t really work much in December at all, so that’s to be expected.

Revenue climbed a little towards the end of the year, which is actually surprising, and reassuring, considering how little time I had been devoting to Saber.

The pivot that wasn’t

In my last post I was all amped up to be targeting Saber at education and e-learning sites. Since then I’ve been violently wrenched back to reality. It turns out the education segment is really hard to sell to. I was discovering this through my own attempts at selling to universities and e-learning sites. I was even doing direct telephone marketing, but to no avail.

I then spoke to someone who runs a service that sells to education sites, and he informed me that while it can be lucrative, education is an insanely hard segment to sell to. His company found it needed full time sales people, which is something I simply can’t afford right now.

I was a little bummed about this at first, until I was emailed out of the blue by a reader of this blog. They made me realise that I should stick to what I know, and I don’t know shit about elearning. What I do know about is running a bootstrapped SaaS business. And funnily enough, when Saber was growing at its fastest, that’s whom I was targeting, including writing a lot more content than I have been lately. So basically I’m going back to where it all started, targeting small SaaS startups.

I don’t feel like I wasted time and money on the rebrand though, I’d been wanting to change the name ever since I went full time, and the website desperately needed an update.

I’ve noticed I make a lot of promises in this section, many of which I don’t follow through on, simply because I my plans change, or I don’t have time. Case in point, there’s not gonna be 2017 in review post, it’s been too long now, and I don’t have the motivation for it.

So I’m going to keep this a little more vague than usual (hence goals of the next year, instead of plans for the next month).

I’m also going to start writing these income report blog posts every month again. That shouldn’t be too difficult, after all, I managed to do it for a couple of years.

As I mentioned earlier, I’m going to be writing more blog posts in general, specifically on the subject of running a small SaaS startup.

I’ve been working on a fairly big update to Saber itself, which will remove the load time, as well as the Ember JS dependency. I’m hoping to get that live in the next month or two.

And because I haven’t shoehorned a bad Futurama meme into one of these posts for a while: 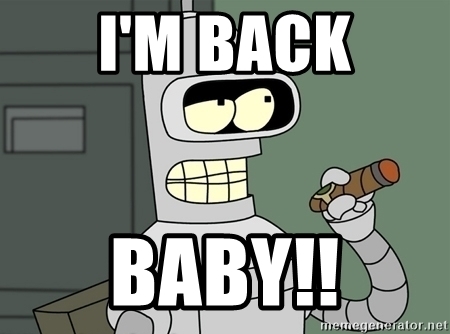 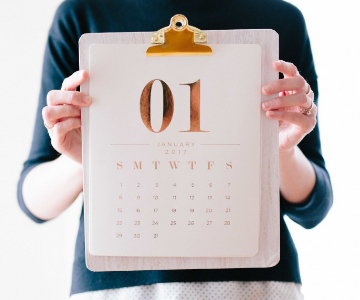 January was an interesting month, I worked harder on Saber than I have for a long time, probably since I launched the re-brand. Unfortunately, I currently I don’t have much to show for all this work, as I’ve been working on a big update, which I’m planning to launch in February.