This is part 48 in my series of blog posts documenting my attempt to take Saber from Side Project to Profitable Startup. If you've not yet read the previous parts, you should definitely start from part 1.

Aha! Not quite so late this month. In terms of financials, June was a slightly better month than May. But to be fair, that wasn’t a hard target:

Lots of green, which always makes me happy. Sign ups and Sign up conversion are both down, but still better than the average from before the new homepage layout, so I’m not too bothered about that.

Profit is the other area where June seems to be bad, but in actual fact, I paid a corporation tax bill of £2,965.52, which is still more than Caffe Nero, Vodafone, Gap and EE combined, who all paid nothing. You’re welcome. So with that considered, only losing £115 this month is quite the success. Conveniently I had a couple of annual subscriptions renew in June.

As I mentioned last month, for most of June the bottom level ‘Bootstrap’ plan was priced at $19 with basically no features, and to my surprise, people still bought it. Both of the bootstrap subscriptions this month were when it was still at $19, so it looks like raising the price to $29 has had the desired effect.

Armed with all my newfound knowledge of Google Search Ads, I was super optimistic about running a successful PPC campaign and taking over the world. That optimism may have been somewhat misplaced.

This very morning I paused my campaign, due to spending £150 and not even managing to achieve a single sign up. In fact, through the life of my campaign, clicks from ads have seen a 94.44% bounce rate. Clearly I’m doing something wrong. Not to mention unsustainable in terms of cost.

Initially I was running with ‘website feedback’ related keywords, eg: ‘website feedback tool’, ‘website feedback widget’, etc. But I found that there wasn’t much traffic for those keywords. Also, a lot of the traffic was irellevant, yet still seemed to get clicks. For example, I got a click for the search query “asda online feedback form”. How someone saw my advert, which didn’t mention ‘Asda’ (a well known UK supermarket chain) and thought it was the result they were looking for, I’ll never know. People are idiots.

After about a week of this, I changed tack, by streamlining my keywords, adding a bunch more negative keywords, and trying some new, higher traffic keywords. Those being “Net Promoter Score”, and “Voice of the Customer”, which respectively saw around 10x and 2x more search traffic than all my old keywords combined. I also added keyword specific landing pages for these keywords. Unfortunately the only result of this was spending my budget faster.

I’ve tried to ensure that the searches for “Net Promoter Score” aren’t from people looking for information about NPS using negative keywords. I think NPS isn’t working as it’s just a feature of Saber, searches are more likely seeking a full-featured NPS tool, rather than a feedback tool that offers NPS collection and analysis.

Regarding “Voice of the Customer”, that’s exactly what Saber is, but I suspect people searching for VoC are expecting more enterprise level tools, as it’s a very ‘enterprisey’ way of saying feedback tool.

My next plan is it go back to focusing on website feedback type keywords, but keep refining and adding negative keywords, and just accept that I won’t get much traffic or clicks.

Holy shit! This marks three months in a row in which I achieved my goals. I fixed some bugs, tried to optimise the PPC campaign, and completed the multiple form feature (although I still need to do its documentation).

Goals for this month are:

That should more than keep me busy, thanks for reading. 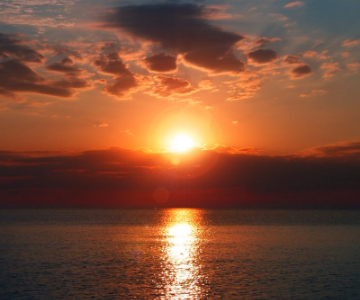 Ladies, gentlemen and Smizmars - I’ve been living a lie. From the 5th of August I’ll no longer be a bootstrapped solo founder. I’ll be a 9-5 working stiff. A salaryman.