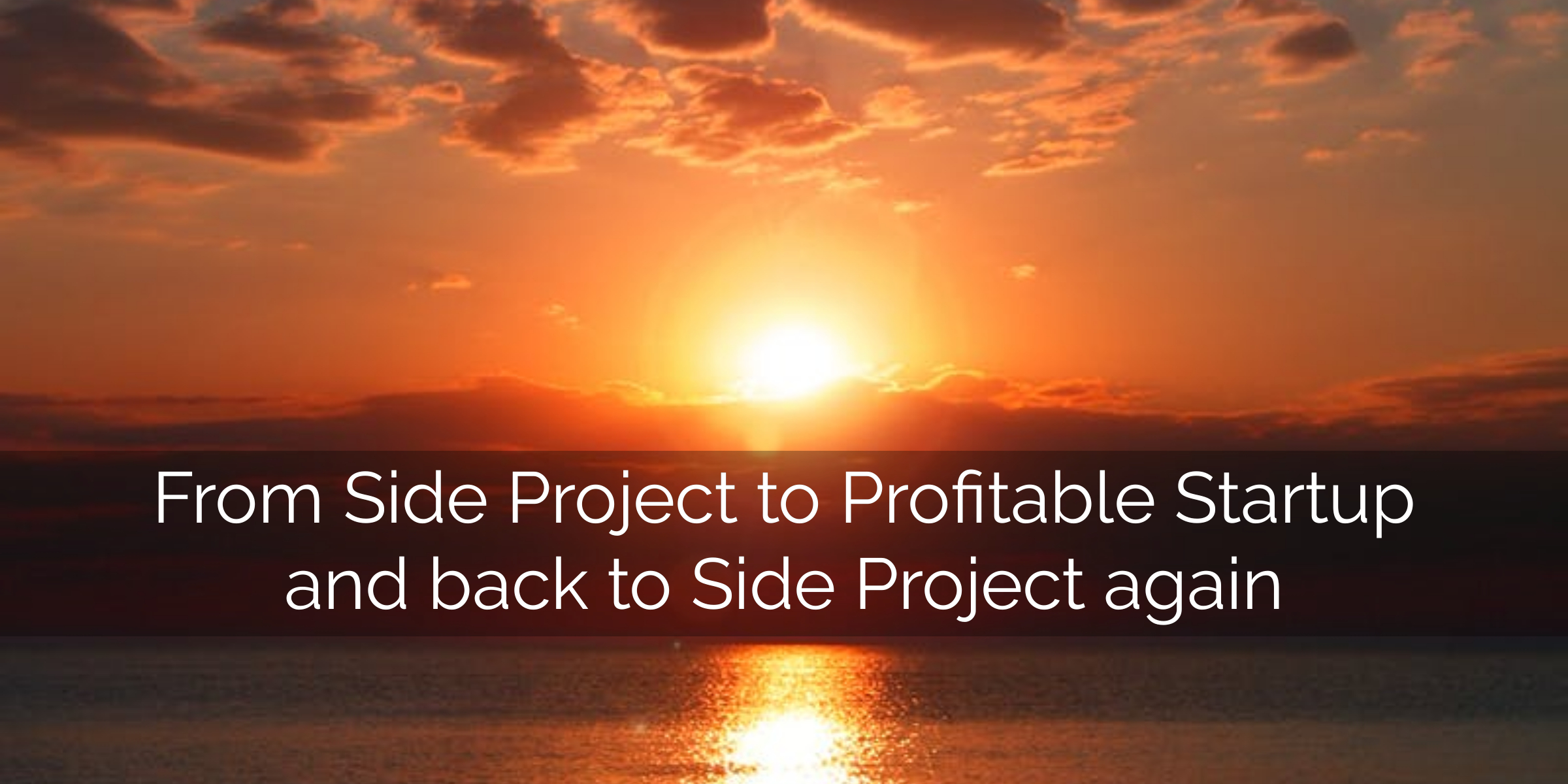 This is part 49 in my series of blog posts documenting my attempt to take Saber from Side Project to Profitable Startup. If you've not yet read the previous parts, you should definitely start from part 1.

Ladies, gentlemen and Smizmars - I’ve been living a lie. From the 5th of August I’ll no longer be a bootstrapped solo founder. I’ll be a 9-5 working stiff. A salaryman.

Normally I practice total honesty and transparency on this blog, but in this case I decided I wouldn’t mention anything about applying for a job unless I got said job.

I’m sure you have a few questions, and I’ll try to preempt them here:

Good question. I’ve spent literally years singing the praises of being a bootstrapped solo founder on this very blog. So what happened?

There were three main factors involved in this decision:

1 - Looking for a new challenge

I’ve been working on BugMuncher/Saber for nearly 8 years now, I know the entire codebase inside out. So of course the idea of working on something new is appealing. It’s why I’ve tried (and failed) to launch a few other side-projects over the last few years.

Unfortunately for me, a large part of Saber is JavaScript, and the entire control panel is EmberJS. You may wonder why I decided to write Saber’s control panel in EmberJS when I don’t like it, which is the subject of a separate blog post but the short version is I didn’t hate EmberJS initially, I’ve grown to hate it over time.

This is the big one, as 1 and 2 have been factors in my life for a long time, but those alone weren’t enough to make me seek employment.

Saber is still earning enough to afford me a comfortable life, and for that I’m incredibly grateful. However, since having a baby, life has predictably become more expensive.

In terms of stability, as things currently stand, if Saber lost 2 of the top plan customers, I’d be up shit creek with out a paddle. Previously that wouldn’t have bothered me too much, but with a family to support, suddenly I’m a lot more concerned about this possibility.

Even with the combination of these three factors, I wasn’t specifically looking for a job. However, I had found myself perusing the monthly Hacker News who’s hiring threads, to see if anything piqued my interest, which it never did.

Until June this year.

The short answer is FreeAgent, which is an accounting app for freelancers.

When I saw their post on Hacker News I was instantly intrigued, as it ticked all my boxes:

I then went to check out their careers page, and thought it sounded like an awesome place to work. They have a company culture of learning and personal development, as well as excellent benefits and work-life balance. Combined with a salary of significantly more than I’m able to pay myself now, I had to go for it.

Although first I had to make a CV, as I hadn’t applied for a real job since 2010.

With a CV and covering letter created, I applied. The very next day I received an email from FreeAgent asking to organise a phone interview. Over the next month I went through the phone interview, coding challenge, video chat with two of their developers, and finally an on-site interview in Edinburgh. Two days after I returned from Edinburgh, I received and accepted a job offer.

It may sound like a long, complicated interview process, but I actually liked it. I got to meet a few of the FreeAgent team, and learn about their code style and requirements. It’s also important to consider that I live in Devon, which is just about as far as one can live from Edinburgh without leaving the UK, so it’s important to be confident I’d be a good candidate before I travel all that way for the interview.

I’m going to be working as a Senior Engineer on the Growth Team, starting on the 5th August, and I’m really excited about it.

What happens to Saber?

Mostly nothing. I’m going to be putting Saber into “maintenance mode”, that means I’ll still be offering my awesome support, and fixing bugs, but new features will be few and far between.

FreeAgent will be 9-5, Monday to Friday. However, since my daughter was born I generally start work between 8:00 and 8:30, so I’ll have at least half an hour every morning for Saber, to handle support requests and fix small bugs. I’ll also use occasional evenings and weekends if there are any big bug fixes required, or if I want to add a new feature.

I’m also going to be giving up on trying to market Saber. All my efforts have basically failed anyway, and I don’t enjoy marketing, so it’s quite a relief to know I won’t be doing marketing any more.

I’m hoping Saber will at least continue to maintain its current $4k MRR, as it has been for the last year or so, but there’s a good chance MRR will slowly drop, and a small chance it could actually grow. The risk of MRR shrinking doesn’t really concern me, as I’m no longer dependent on Saber for my income. I’m intrigued to learn what will happen to Saber when I stop trying to grow it.

And of course, FreeAgent are aware of my situation, and are happy for me to keep working on Saber outside of my working hours.

I’ll be keeping up with the income reports, with the next one due very soon.

Ah, time to dig out an outdated meme format: 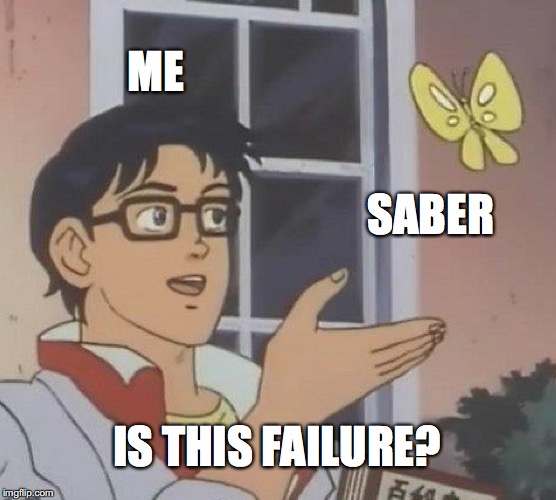 In a word - yes - this is failure. Bet you weren’t expecting that answer.

When I started this blog, I set myself the goal of earning enough money to support myself. In that I succeeded.

However, I then upped the stakes when my wife and I decided to have a baby. At which point the goal became “Earn enough to support my family”. And in that, I have failed.

I see no shame in that, I’ve previously written about my plethora of failures, as each one is a learning experience, and I definitely feel I’ve learned a lot from Saber. Maybe one day I’ll find myself running a new startup, and I’ll be able to use everything I’ve learned from Saber. I say maybe, as although I’ve always been “entrepreneurial”, right now, I’m just excited to work on something interesting, with other people, and to just be a coder, rather than wearing all the hats.

I’ve got loads of ideas for side projects, some of which may even see the light of day, but right now I’ve no desire to start a new business. It’s a freeing feeling to know if I do launch a new side project, monetization isn’t such a big deal. I can create something just for the fun of it, and not worry about how, or if, it can make money. 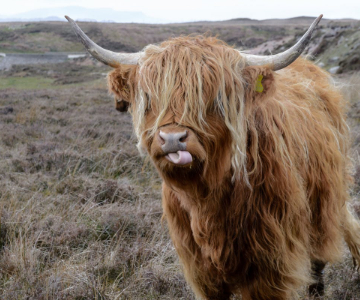